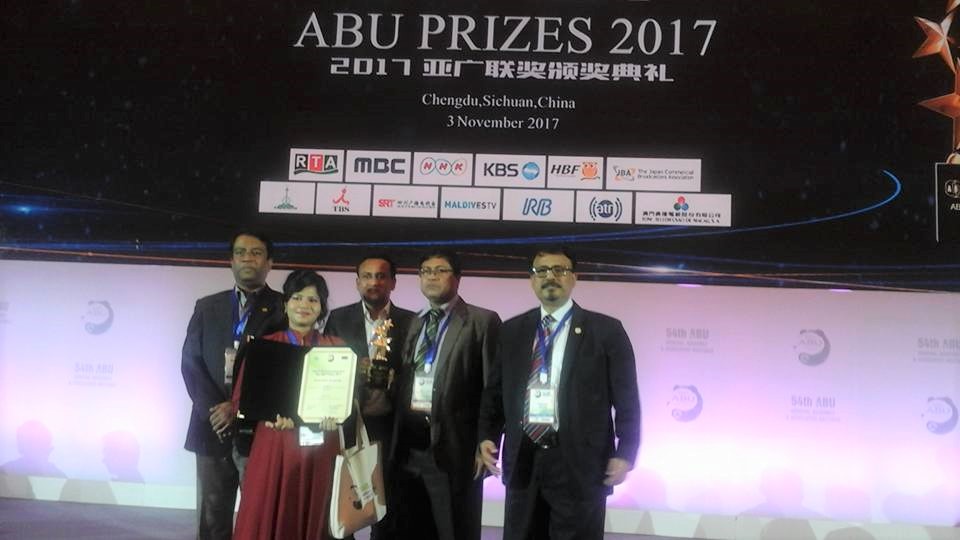 Radio Sarabela is a part of SKS Foundation. "Radio Sarabela" got ABU award. Community Radio - Radio Sarabella 98.8 FM, gaibandha got the Asian Broadcasting Union, ABU Award 2013. Radio Sarahbella was awarded this award On Friday- the fourth day of the 54th ABU General Assembly and Associated Meeting, which was started from October 30 in Chengdu city of China. ABU President Ko Dai Young handed over the award, certificates and prize money to Shanta Sutradhar- Station Manager of Radio Sarabella and Mr. Rajab Ali, head of the program of the Entrepreneurial agency SKS. At this time, SKS foundation’s coordinator Abu Sayeed Suman was present on the occasion as a member of Radio Sarabela. Radio Sarahbella received this award for broadcasting the investigation report on child rape by Santa Rani after receiving the award in a speech Santa said, “ Through this achievement, Radio Sarabella went a step further. I think this achievement will greatly encourage us. This achievement is achieved by Radio Sarabella and all the Community Radio of Bangladesh.” Senior Station Manager of Sarabella Mahfuz Faruqe said, "Radio Sarabela is building and broadcasting national and international standard programs with the help of community people. This recognition is bearing evidence of it. Through this achievement, our responsibility also increased a lot.” Rasel Ahmed Liton, Chief Executive of the entrepreneur organization SKS Foundation & Radio Sarabella said, "Through this achievement, teenagers Gaibandha have been able to show their qualifications and expertise in the international arena. The achievement of Radio Sarabella is undoubtedly a delight and a pride. For getting ABU Award, he congratulated all Sarabela activists-volunteers, listeners, well-wishers and people of Gaibandha. Earlier, on Oct. 27, three member’s team of Sarabella; left Gaibandha for China. The Asian Broadcasting Union organized the first General Assembly and Associated Meeting in 1964. Since that year, decisions have been taken for an International competition among the radio and television with selected categories. The 54th General Assembly and Associated Meetings and ABU Awards were awarded in Chengdu city of China; Where Radio Sarahbella received this award in the category of the investigation report. Before that, in the year 2015 and 2016, Sarahbella also receive Radio Pallikanta and Radio Chilmari award. 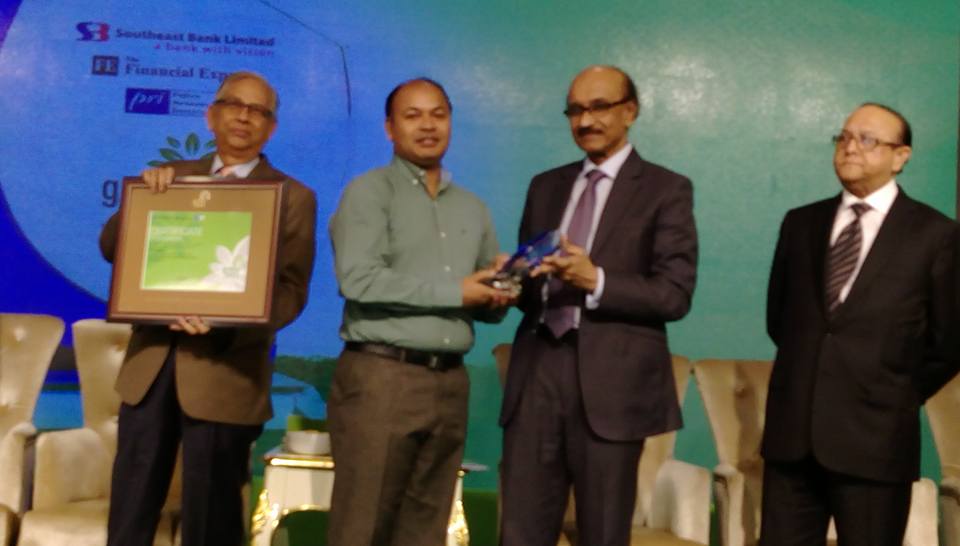 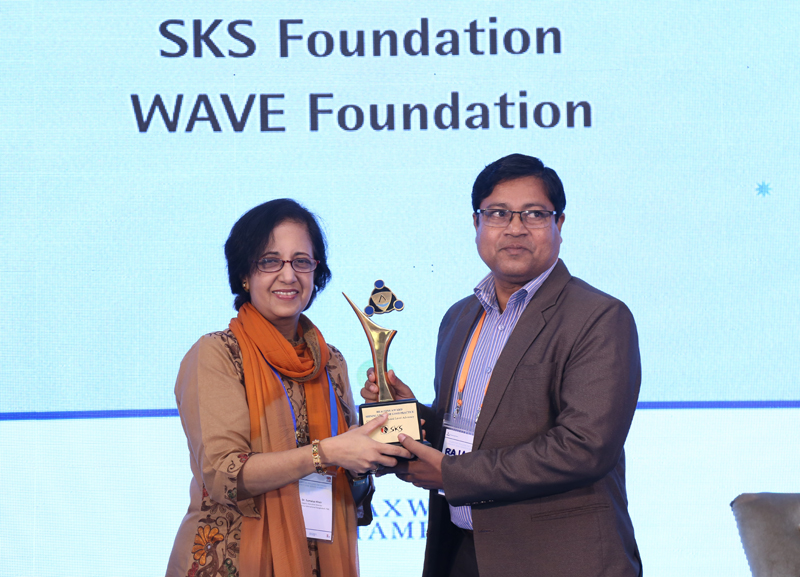 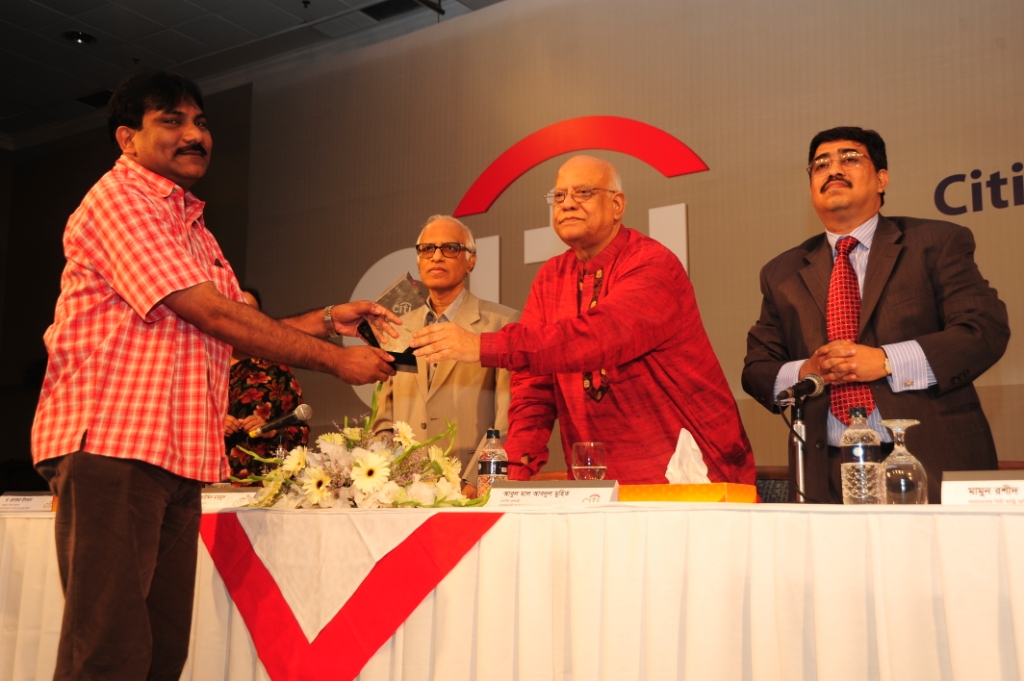 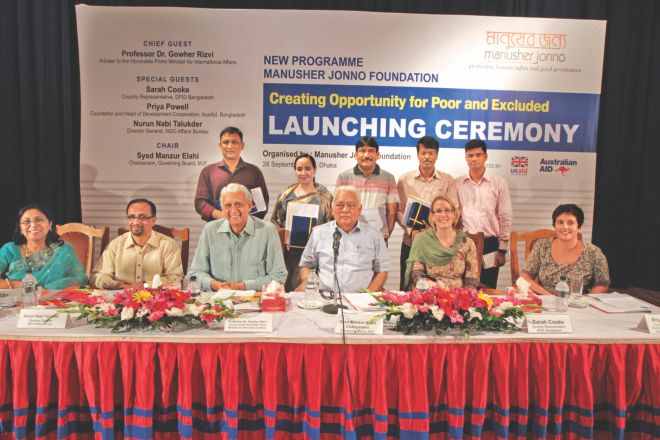 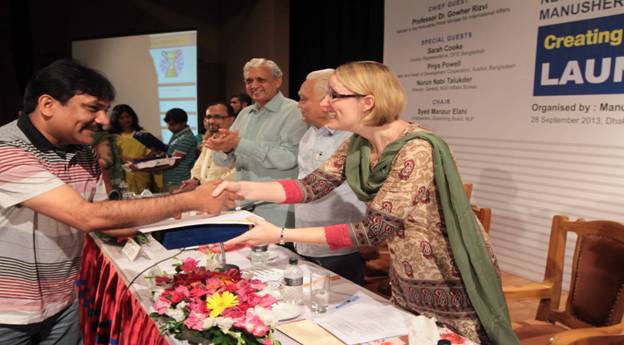 Manusher Jonno Foundation (MJF), a leading development organization promoting human rights and good governance, has undertaken a three-year programme for improving the living conditions of more than 10 lakh poor and marginalized households of the country.

Under the programme, “Creating Opportunities for Poor and Excluded in Bangladesh (COPE)”, MJF along with 120 partner organizations will work between 2013 and 2016 to reduce violence against women, ensure safe working condition for workers and working children with living wages, people’s access to basic services and social safety nets, and defend their land and property rights.

The project funded by British and Australian governments will directly support Bangladesh’s sixth Five-Year Plan (2011-2015), “Accelerating Growth and Reducing Poverty”, and enable the marginalized people, including religious and ethnic minorities and people with disabilities, to challenge the institutions, which excluded them from developments.

She said, “MJF will maintain the highest standards of financial accountability. It will use donor funds judiciously and make sure partner organizations do the same.”

Sarah Cooke, country representative of DFID Bangladesh, said Bangladesh had made significant progress in many sectors but too many people were left behind, and COPE was for those people.

“By December 2016, it will have helped many of them gain access to assets and economic opportunities and have a greater say in decisions affecting their lives.”

In the session, Executive Director of Transparency International, Bangladesh Dr Iftekharuzzaman, also a member of MJF Board, asked the partner organizations to ensure transparency and accountability of their activities.

Later, Shaheen Anam and Parvin Mahmood, another member of MJF Board, answered the queries of the partner organization representatives.

At present, SKS Foundation is implementing “Strengthening Capacity of Women to Protest Domestic Violence (PDV) Project” with the assistance of MJF.